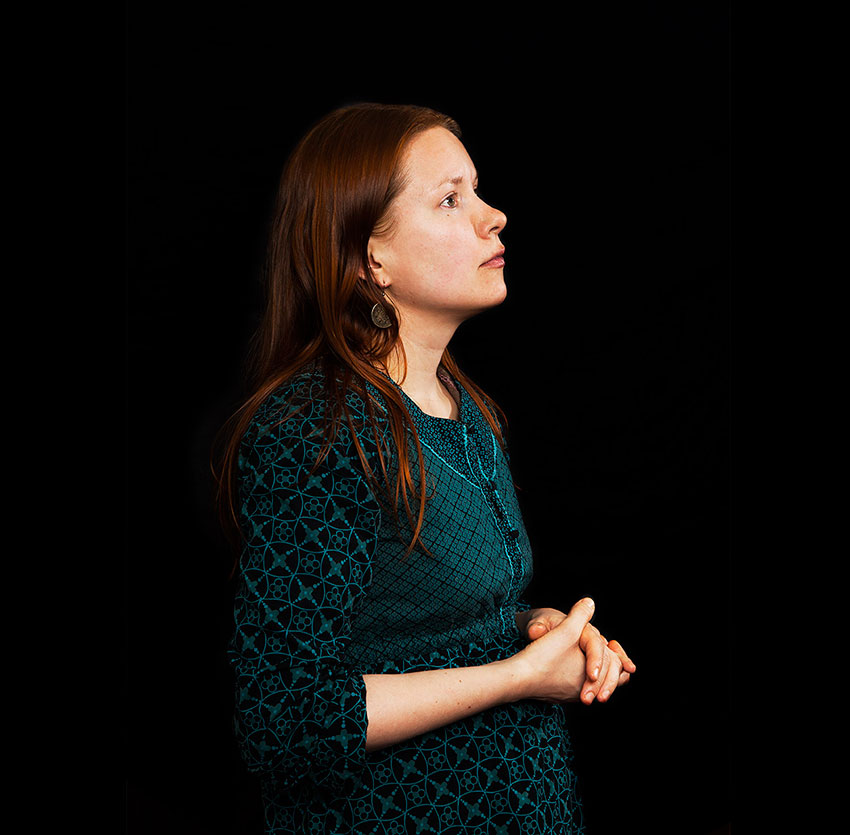 While doing our research for the book we stumbled upon a song written about the ten avatars a long long time ago. Once we learned about it we immediately knew that we would need to have a recording of it. Queue in our friend and supremely talented singer Katri Korhonen!

Katri Korhonens fascination with Indian music has a long history but it grew into maturity during her travels in India with her spiritual teacher. She sat many times at gatherings for relishing devotional songs and kept her ears wide open to learn. Katri sees her relationship with this musical tradition as a long journey into the language, religion as well as mysticism of India.

The Dasavatara-stotram itself is a prime example of a long tradition in Indian musical and religious history. The song was composed by the 12th century poet Jayadeva as a prelude to a collection of songs named Gita-Govinda. Interestingly, the Dasavatara-stotram seems, at quick glance, to be disconnected from the rest of the songs.

Dasavatara literally means “The ten incarnations” – of Vishnu – beginning from the fish incarnation and culminating in the apocalyptical Kalki. The rest of the book, however, is a deeply sensual account of a love story between Krishna and his beloved Radha.

One could see the Dasavatara-stotra as an entrance into a spiritual love affair. Infatuation with God is like a romance, but it starts with the understanding of God’s multiple features, as in the Ten Incarnations.

And, because to her the Dasavatara-stotram is inseparable from the rest of the Gita-Govinda, she chose another song very close to the spirit of Gita-Govinda to be included on the record. The song called Kalayati Nayanam is a description of a young woman – Radha – on her way to a meeting with her beloved, Krishna.

The composer of the second song, the 16th century poet Ramananda Raya, was himself well acquainted with the Gita-Govinda as he resided in the East Indian state of Orissa where the tradition of Gita-Govinda is strongest.

The Dasavatara-stotram on the other hand dates back almost one thousand years but it is still being recorded over and over again, all over India. The present re-invention of the song is delightfully modern. The composition by the jazz musician Mikko Hassinen adds a vivid flavor to the traditional melody, inspired by Pandit Raghunath Panigrahi. In fact, just as the comic book builds bridges over times and cultures, so does the music accompanying the book.

Listen to the songs