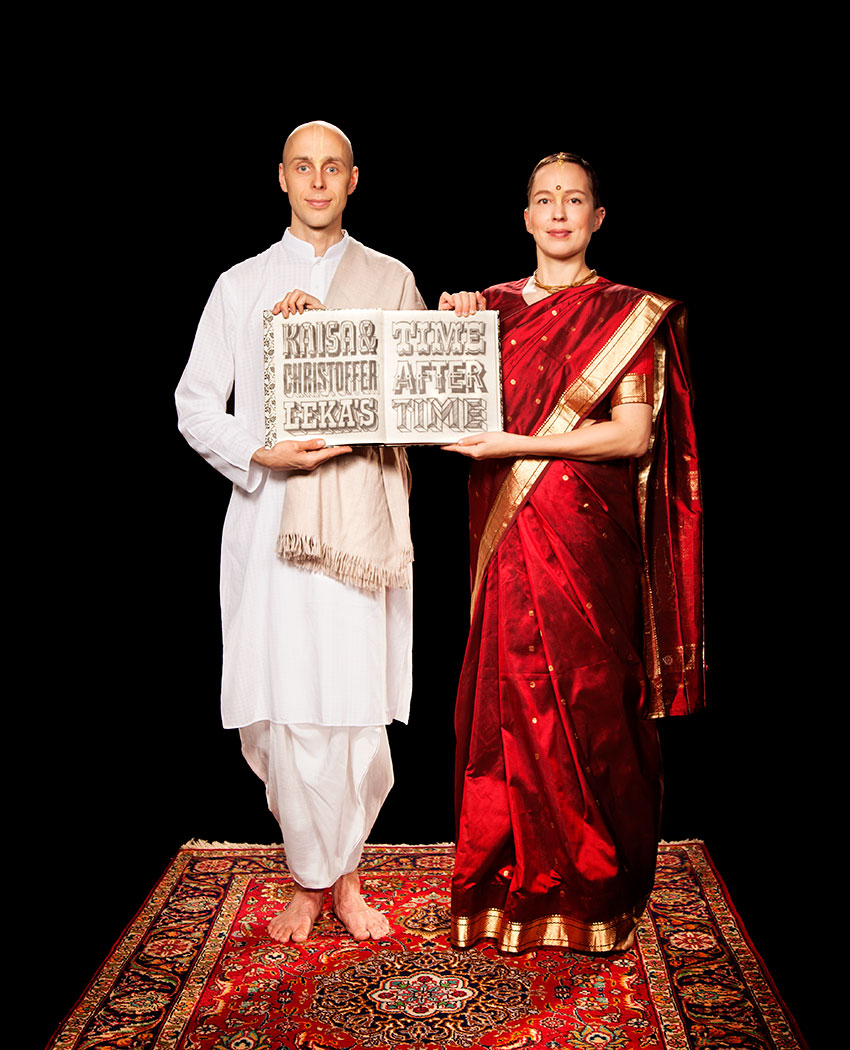 In their latest book Kaisa and Christoffer Leka seek to share a small piece of their insights of the bhakti sastras. As long time practitioners of bhakti-yoga the two of them have studied among other literary works of India the Srimad Bhagavatam, wherein the story of the ten avatars of Krishna that inspired the graphic novel Time After Time can be found.

In 2003 they both received formal initiation from Swami B.V. Tripurari into the Bhaktivinode Parivar -lineage of Gaudiya Vaisnavism.

Apart from their yogic practices Kaisa’s and Christoffer’s main passion in life has been working on their own publications. In these books they seek to share their realizations and thought about the world as depicted through their alter egos the Duck and the Mouse.

These books have met with widespread appreciation both among professional designers, comic book fans as well as the reading public in general – in no small way thanks to the unusual marriage of Kaisa’s quirky art and Christoffer’s strong sense for book design.

In the past the two artists books have been selected to the collection of the most beautiful books on three occasions, received the Finnish graphic design union Grafia’s silver price in 2006 and the gold price in 2013, as well getting shortlisted in the ADC*E design competition in 2013 for their book Expedition No. 3.

In 2010 Kaisa and Christoffer were also awarded the Finland Prize by the Minister of Education and Culture Stefan Wallin for their achievements within the field of book art.

Kaisa and Christoffer have also been instrumental in founding Finland’s most popular yoga magazine Ananda in 2005, and have since been involved in its publication.

In their free time Kaisa and Christoffer have been known to explore the world on their bikes, and have cycled through Europe, around Iceland, coast to coast in Costa Rica, to Odessa on the coast of the Black Sea, and along the M18 up to Murmansk.

Write us, we will write you back!